This year we are making a tour between two towns Samokov and Botevgrad. The trainings will be held in the big halls of Arena Samokov and Arena Botevgrad, and the accommodation will be in the Grand Hotel and Hotel Balkan, located right next the gyms.

Regardless of the situation with COVID-19, affecting the whole world, we at The Jam Camp did our best to continue the tradition and provide children with the opportunity for the third consecutive year to experience the unforgettable positive emotion of our camp.

Of course, the conduct of the camp will be coordinated with all necessary safety measures.

The format of The Jam Camp provides a fantastic opportunity to improve your strength and conditioning and basketball skills, practicing English in a multi-cultural environment. And all this in the middle of the fresh air at the foot of Rila Mountain.

“Our Summer Factory for Talents” welcomes young athletes (girls and boys between 10-18 years old) who want to improve their game under the mentorship of industry experts.

We believe that true development comes from personal attitudes. That is why at The Jam Camp we apply world-renowned methods that aim to develop the potential of each participant in the most effective way.

Turn your potential into a weapon to victory!

Improve your skills in a friendly atmosphere, where sportsmanship is part of the game!

The JAM Camp gives you the opportunity to acquire new skills, upgrade old ones and all this while having fun with friends and practicing English.

Our head coach and director

Coach K (Kiril Raykov) is the head strength and conditioning coach of the elite Nike basketball camp in America, coached hundreds for professional basketball players and other athletes around the globe.

His invaluable knowledge and international experience combine the best of American and European teaching methods. Coach K knows how to develop everyone’s potential in the most effective way possible.

Boyan Tenev: Not only did he acquire a coaching license in Germany, he also has 6 years of experience from there.
He is a professional basketball player with international experience who played in many teams such as Lincoln Memorial University NCCA in the USA. He played together with our director Coach K in Balkan Botevgrad. He also played in Italy, Germany and few other teams in Bulgaria.
Boyan, together with Coach K, were also part of a few basketball summer tournaments in the USA back in the days.

Vesselinov is considered one of the most intelligent and educated Bulgarian basketball players in the new millennium. In addition to a solid 20-year professional career, the power forward has always invested time and effort in his education.

After finishing his career as a player, Vesko immediately changed his position as manager of Levski Lukoil, and from September 2021 he will lead the men of BC Heber.

He graduated SDK Basketball at the National Sports Academy in Sofia as a basketball coach and He is in the FIBA ​​program for the FIBA ​​Players’ Mentorship program.

Kiril and Vesko played together for the last time in the team of Levski, in which year our head coach ends his professional career.

The camp will take place within 2 weeks, and each participant will have the opportunity to register by choosing from the following options:

Important – Transport between Samokov and Botevgrad will be secured for children with the full package!

A format in which all participants will go through various physical and technical tests (strength, speed, rebound, shooting, ball handling) modeled on the National Basketball Association (NBA) in America. The aim is to get an idea of ​​the level of newcomers, and the regular participants to adjust the clock and compare their progress with the previous camp. Each test will carry points that will accumulate, and at the end of the week someone will win the The Jam Combine Cup.

Every morning the trainings will be focused on the development of the fundamentals techniques in basketball in defense and offense. Participants will go through various stations to improve ball handling,  shooting, passing, defense and offense and more.

During the week there are different types of tournaments and games 1on1, 3on3 and 5on5. Here the children should apply what they have learned from the morning stations. One of the days there is a match between the participants and the coaches. If there are willing parents to get involved they are welcome. There will be a tournament winner from each age group at the end of the week.

– Transport between Samokov and Botevgrad for full packages

The price does not include:

– transport to the camps 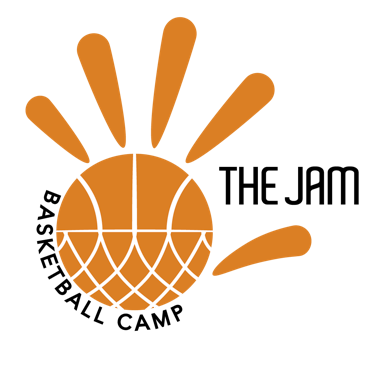 We use cookies to make this site better. We also use Google Analytics to track visitor statistics. If you continue to use TheJamBasketballCamp.com, we will accept that you agree to the use of cookies. If not, you can change your cookie settings at any time and / or leave the site.